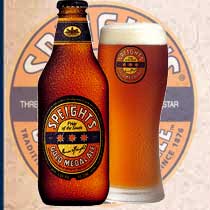 Is it not time we got some balanced journalism from our rugby boys (and girls) in the NZ media? From radio to print, it is all fairly dismal, negative and one sided  despite what a good chunk of the population think. I guess the so-called experts know better.

I won’t comment (much) on the Sunday News  except to say that it is tabloid at its best  using every old stick-in-the-mud negative ex-coach and pseudo expert to drag everyone down to John Matheson’s mentality. Which one might add  is typically New Zealand. You know  Michael Cullen at his proverbial best calling John Key a rich prick just because he made a dollar or two. Jesus wept.

I am referring to the so-called intelligent media and I use the word intelligent cautiously. The Rugby Heaven website  which is basically a portal for all rugby written content from around NZ and Sydney, manages to display its bias with ease. The two original content providers (and again I’ll use original cautiously) are Duncan Johnstone – a regular for not using his spell and grammar checker, and Marc Hinton – who sometimes writes for the slightly more balanced Sunday Star Times although he has about as much balance as Donald Rumsfeld.

It is these two hacks that deserve a serve. I say hacks, because they provide little analysis apart from wanking on about sweet bugger all. Their analyses are often just fluff, with little substance. These guys are in a prime position to ask some hard questions but rarely do  and it would seem they repeat this at press conferences. Yes I watch the rugby channel and yes I have a source or two (she isn’t bad either). All we get is an attention grabbing headline and..nothing.

No doubt, I should provide an example. So.I will. Article posted on Monday 17th December by Mr Hinton, titled Great Dilemma for Wallaby Robbie. Old Marc is pretty good at printing sound-bite stuff that if written subtly, can be pretty misleading. I am sure there is a term for that in journalism, but as I am not one, (not even hack  but I did not go to journalism school and waste my time just to become a hack), I do not know what it is.

Anyway, an example from the above articlenot only have the NZRU seemingly abandoned the concept of accountability, transparency and fair process in the reappointment of Graham Henry and his cohorts; but they’ve handed our best coach straight to the Wallabies to rebuild their fragile international presence.

Firstly, the use of the word seemingly, is downright sneaky. Old Marc baby is presenting this as the NZRU not being kosher while trying to cover his butt by the use of the word seemingly. Has he said why or how they are not going through due process? In any article? No. All he is presenting here is his own verdict of events  despite what various representatives from the NZRU have said. Apart from inviting the Fourth Estate to the process, they have to take the NZRU’s word for it. And believe me, I am no fan of the NZRU. But, from what some media have reported, the process has been correct. From what NZRU board members and other NZRU members have said, the process has been correct. I would like Rugby Heaven to provide proof to contrary  or just shut up about it. Maybe the boys at RH are desperate for something newsworthy, and I bet they are missing Press Box about now, so they can really get blue in the face about it.

Here is another quote from our intrepid reporter from the same articleAnd if I’m a board member of the NZRU or, worse, if I’m Steve Tew suddenly I’m sleeping a little uneasily. What is it they say? What goes around comes around. Or, things have a way of coming back to bite you in the bum.

Well that could work for you too old man. I’ll be waiting to see if Deans comes up short, and what you will write in response  which should be something tasting like humble pie. Despite what he writes, Mr. Intrepid is just itching for Henry to lose. It is very obvious in this, and any other number of articles written by our eager beaver that he just hates Henry being the coach. Johnstone is hardly any better. There is hardly an article written by Stone Cold Duncan that is not missing a word, something is spelt badly, or he has got Intrepid to give him some advice on analytical skills.

Being in Britain and France for the WC07 was not easy after we lost. We were all asking what the hell happened. We all had opinions on rotation, reconditioning and rest. We all want to know Henry’s full blown version and answers to some bloody hard questions. We all deserve them but I don’t think any media has really got to the guts of this. Web writers don’t have newspaper deadlines and have it easier in my opinion. Get off your arses RH and do some journalism instead of just blogging when you get out of bed at 11.30am every day  let alone relying on feeds from the other sources.

I am not a huge Deans fan, but I would not have been unhappy if he had been selected. I feel the same way about Henry. There are good reasons for both coaches. All RH (and you lot should know better) is doing are feeding the tall poppy cutters and the Matheson’s, Stu Wilson’s, Doug Golightly’s of this world. I am not asking for much really guys. Henry is still a good coach. He still deserves some respect and we deserve better representation of what is rugby news.

So get over it. Concentrate on providing some stuff on the coming year. The ELV’s would be a good start, and what that might do to our game (or not). I know RH has given this some space, but again it has not provided a lot of substance. Maybe you lot need another resource to actually study the game and provide some commentary on it. Tracey Nelson might be a go (except she is in a bad mood right now). Hey, give me a call. I’ll charge you a flat rate. But give us some rugby for god’s sake. Some of us are desperate. Please  anything is better than the continual harping and whining about Deans being lost to Australia, and hoping Henry and the All Blacks lose. It is just downright unpatriotic and distasteful  and that is not being blinkered either.

To top it off, our mate Marc is an Otago supporter right? Well so am I  one of the few left by all accounts. What self-respecting Otago supporter gives a toss about anyone or anything from Canterbury? Canterbury should be towed east of the Chathams and left to drift towards Chile.

I am now sure I can hear regular Haka ranter and rabid Cantabrian Tracey telling me to get lost  probably in less polite words. But at least Tracey is up front about being blind and from Canterbury.

I mean, there is a bloody poll on who should be Robbie’s assistant coach? Who the hell cares? How about a poll on who should be Graham Henry’s assistant coach (or coaches). I had a discussion about this the other day with my swamp supporting brother-in-law. He reckons Pat Lam would be brilliant (and I agree) and maybe Vern Cotter or the bloke from Hawkes Bay. Henry could well do with some fresh ideas. Might be an article lead for RH eh boys (I’ll send you the invoice).

Anyway, it is Christmas. Buy me a drink.