Twenty-three New Zealand centres – 16 in the North Island and seven in the South Island – will host at least one of the 20 participating teams.

There are 20 teams particpating in RWC 2011, four of which have yet to qualify. The teams will be based in 23 centres, ten of which are non-match centres – Bay of Islands, Rodney, Taupo, Tauranga/Mt Maunganui, Gisborne, Wanganui, Masterton, Blenheim, Ashburton and Queenstown.

A range of criteria was applied to assess each option, such as:

The duration of stay in each centre varies from 2 to 25 nights. Teams will be based at 47 training venues, which inlude 18 rugby clubs and 7 schools. The allocation of accommodation and training venues for the knock-out stage of the tournament will be determined by ballot for the teams that qualify, and will be located in the cities hosting these matches (Wellington and Christchurch for the quarter finals, and Auckland for the semis, Bronze Final and Final).

Centres and the teams they will host are listed below, with the total number of nights a team will stay there in brackets. 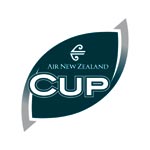 A new domestic competition structure and player contract agreement has been announced for the 2011 season.

The competition will remain at 14 teams for 2010, with a full round robin followed by semi-finals and a final exactly as the 2009 competition was played. But in 2011 the 14 teams will split into two divisions of seven teams, based on their fiinishing positions in the 2010 competition. The top seven sides from 2010 will form the 2011 Premiership, and the bottom seven will form the Championship.

So this will create a lot of interest in the 2010 ANZC season, with all games having a huge bearing on deciding the split of teams into the two divisions for 2011. However, the first season of the Premiership and Championship format will be restricted to an eight week window due to the hosting of the Rugby World Cup. This will result in three mid-week matches over the eight weeks of the compeition, and there will be no semi-finals that year. From 2012 the competition will commence mid August and be played over 12 weeks.

Player contracting and the salary cap will also change. The Provincial Union Salary Cap will no longer include notional values, but discounts for All Blacks, veteran players and injuries will continue. The level of the new Salary Cap will be set at the lesser of:

This is a reduction on the current cap of $2.2 million (which included notional values).

The revenue sharing model introduced in 2005 will continue, with the Player Payment Pool to be used for Player payments and initiatives agreed at 36 per cent of the Player Generated Revenue (this inludes all NZRU broadcasting revenue, sponsorship and match-day revenue). Franchise Revenue above a total revenue level across the five New Zealand Franchises of $24 million per annum will also added to the PPP from 2011.

The maximum amount provinces will be able to play an individual player will be capped at $60K, with the exception of two marquee players who will be capped at $90K. Any exisiting provincial union contracts in excess of $60K will be added to that player’s NZRU contract and become payable out of the Player Payment Pool.

Franchises will be allocated a budget from within the Player Payment Pool with a maximum amount that a Franchise will be able to pay a player to be agreed. The existing Wider Training Group of a further eight players per Franchise will remain.

The settlement terms will now be drafted into a full Collective Agreement which will be presented to the respective stakeholders for final ratification. Further details of the agreement will be announced once those processes are concluded.

The NZRU Board has decided that the current 14-team premier competition and 12-team Heartland Championship will be retained in the same formats as the 2009 season for the forthcoming 2010 season.

The current collective employment negotiations still underway with the NZ Rugby Players’ Asoociation, and the threat of several of the provincial unions lodging appeals and potential legal action were major factors in the board’s deliberations yesterday at NZRU headquarters in Wellington. The overall decision was based on a recommendation from NZRU Management to maintain the status quo for next year, following many months of consultation and fact finding on how to make the the new competition format viable. NZRU Chairman Jock Hobbs said that with the competition formats now being a key component of the collective employment negotiations, it was unlikely that any resolution would have been found before March of 2010.

The combination of appeals lodged by the Tasman and Counties-Manakau unions, and the likelihood of legal action from other unions has essentially left the NZRU with no room to manoeuvre. With supporter numbers up in the non-Franchise unions across New Zealand, the ground swell to keep the current 14 team Premier Division as it is reached a fever pitch towards the end of this year’s competition and to cull the top division of four sides would have seen an ill-afforded backlash against the NZRU. Many of the smaller unions have also disupted that there was blanket approval from them to change the domestic competition, despite NZRU CEO Steve Tew noting that the intial call for change came from the nine non-Franchise provincial unions back in April this year.

However, the problem of the window for the competition remains – exacerbated by the lengthening of the TriNations series into October and end of year tours that see the All Blacks only making token appearances in the national competition. Along with a realistic competition structure, there will need to be an affordable and sustainable player payment model and a salary cap. It is unfeasible for the domestic competition to continue to play out until early November, and player welfare along with viewing numbers will have to come into force. Meanwhile, the Board’s previous decision to structure the domestic competition as a 10-6-10 format in 2011 and 2012 remains, subject to continued negotiations with the NZ Rugby Players’ Association and the NZRU.

While the outcome may not be what the NZRU had in mind, there will no doubt be plenty of celebration at the grass roots of the game. This year proved to many that the lifeblood of our national game still lies in the provinces, and with unions such as Northland, Manawatu and Tasman all finding ways to get their finances out of the red this season (unlike many of the bigger, Franchise unions) they now have the chance to continue to foster the next generation of All Blacks in their home regions. Indeed, a victory for the game itself.