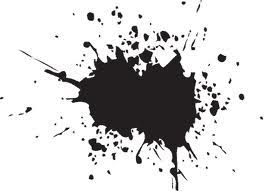 So all you school-kids from 5 years and up, show your support for New Zealand’s Rugby World Cup All Blacks and DON’T HAVE SEX.

The fans don’t seem to have any control over things rugby any more. Jerseys are molested by ads and colours changed at whim by gear sponsors who think they own it because they supply them free and pay some money over. Don’t get me started on the Adidas debacle. Grounds with great tradition are renamed year by year, games played at night to suit breakfast advertising over the other side of the World, and schoolkids can’t even run sausage sizzles around World Cup venues on match day.

Apparently the NZRU is ‘backing’ this campaign, and former All Black captain Sean Fitzpatrick will be handing out black rubber rings, which are (apparently) meant to be slipped over the fingers of abstainers. All jolly good, friendly, family fun. Not.

Telecom Director of Marketing Kieran Cooney says it was intended to be ‘tongue in cheek’. No, Kieran, it’s ‘head up arse’.

Auckland University senior marketing lecturer Tom Agee has a slightly different take on it. ‘I’m gobsmacked. The idea behind the campaign is to get some attention
and to get some talk, but I can’t believe anybody would participate in
that’ (from this Stuff article).

Next I’m waiting for the negative reaction from the fans and general public, which will be inevitably followed by a raft of self-justification from Telecom, citing some non-existent ‘market research’, some backing off from the NZRU, and finally the campaign being pulled.

At least that’s what should happen, and I hope it does.