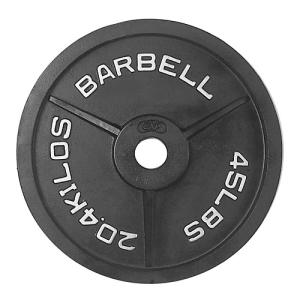 No All Blacks fan needs to be told that there is a lot riding on tomorrow’s World Cup semi-final against Australia. To be beaten for the first time at Eden Park by them since 1986, and be knocked out of the Cup by them again, and on our own turf is unthinkable.

But of course it’s precisely because of that sad World Cup history against this most wily of all World Cup foes (France included) that has had us all thinking along those lines for this whole damnable week.

The loss of Dan Carter, the foot problems of our talismanic skipper Richie McCaw, the failure of Colin Slade and his last-minute replacement from NPC ranks, by the redoubtable but undeniably green Aaron Cruden, have not exactly served to calm the nerves, have they?

As with all games of footy, this one can go two ways. Either we win or we lose.

If we lose, we take the oft-used ‘choker’ label to a whole new level. Not only will we not have won this thing for 28 years, we will have been knocked out yet again despite having home advantage and, as usual, despite going into the tournament as No.1 team in the World. To add insult to injury, having beaten us in this semi, Australia are likely to win the Cup itself, which would be unbearable. Australia are gold medallists at being the World’s Worst Winners.

Also imagine, if you will, that the All Blacks defeat the Wallabies, and reach the final against France. Should they once again overcome France in a World Cup Final in New Zealand, as in 1987, they will also exorcise the ghosts of two exits at that nation’s hands in 1999 and 2007.

So this one semi-final has immense significance, and one can only hope that the All Blacks don’t think too much about that aspect or it might well overwhelm them. When a surgeon walks up to the operating table to perform a heart-transplant he has to have his mind totally on the technicalities of the procedure, and trust in his skill. He must entertain no thoughts of the life in his hands, the anxiety, hopes and fears of the patient’s family or the pressure would likely cause him to falter.

The All Blacks are up against the Wallabies. Fifteen blokes on the field who feel pain, run at normal speeds, and are subject to the same Laws of Physics as everyone else. They will succumb to good, hard All Black rugby, like so many have before.

Much has been made of Dan Carter’s absence. But the All Blacks are not Carter, or any one player. There have been tests we have won where he has been more or less insignificant due to lack of form. There have been others where he has shone. Aaron Cruden just has to play his normal game and, like all the other backs, feed off the forward effort where the game will be won or lost.

Richie McCaw’s foot problems are also misleading the media, and some fans we feel. Talking to medical people, the irritation he is feeling from the screw is a common side-effect, and is managable. The current light training regime is doing just that. McCaw will play a blinder of a semi-final and anyone thinking otherwise is either insane, or kidding themselves.

At lock we have a duo of Thorne and Whitelock which has settled in very well, and provide a lot of scrummaging power. The front row of Woodcock, Mealamu and Franks will, with those two locks, give the Australian scrum a stern test and should set the platform around the field for a huge effort from the tight-five.

In the loose-trio of McCaw, Kaino and Read we have, I believe, the best trio in the World at present. Read has been coming back to form nicely after injury and this semi-final should see him take that final step back to being the key man at Number 8 for the All Blacks once again. Jerome Kaino is in fearsome form both carrying the ball and tackling. McCaw is McCaw, and will more than equal the redoubtable Pocock in this test.

So, as usual this test will be decided up front. The backs will then decide the margin, and I am hoping that the mercurial back-three of Dagg, Jane and Kahui will get a chance to put enough points on the board to make the winning margin more decisive than expected, aided by the best midfield combination in the World currently, Ma’a Nonu and Conrad Smith.