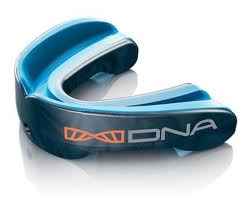 An un-named team at the Rugby World Cup has had one of its players fined for wearing an un-approved jock strap, it was revealed in a press release today.

In this tournament the IRB has been taking a hard line on teams and players who have strayed away from using officially sanctioned products.

‘We have to be very careful to protect the interests of our sponsors’, said IRB spokesman Francois Pissoire.

‘If we let this jock strap slip we would lose their support’, he added.

As the press conference went on, the assembled media learned of other similar breaches of protocol that the IRB investigators had uncovered.

‘Lucky for Jonny, he couldn’t buy a successful kick at goal, so we ‘ave let ‘im go’ Pissoire explained.

Not so fortunate were the whole of the French team, who were slapped with a 10,000 Euro penalty for going up Cuba Street and attempting to buy themselves a spine after their nightmare outing against Tonga.

And of course there was the unfortunate case of the Samoan player wearing an un-approved mouth-guard.

‘Naturally billions watching the game on TV would have noticed this blatant attempt to advertise a competitors product immediately, and rushed out to replace their existing equipment. This cannot be tolerated and we have fined the Samoans $10,000!’, explained Pissoire.

‘We must do this so we can carry on our mission to globalise Rugby by donating $100 here and $50 there to the poorer Unions in the World, funded solely by the interest we make from the pallets of gold bullion we have lodged in Switzerland. We trust that Samoa will understand that our hands were tied.’

The Samoan Union could not be reached for comment in Apia, as their phone had been cut off due to an unpaid bill.

At this point what can only be described as a ‘troop’ of 15 IRB officials marched into the room and lined up behind their leader. Several of the press cohorts were visibly disturbed by the shiny polished knee-length boots, brown uniforms and black arm-bands with glittering IRB logo.

‘Allow me to introduce you to our Sponsorship Scrutineers’, Pissoire announced, to which there were several murmurings which sounded suspiciously like ‘SS’ from some present.

It then became obvious why Pissoire needed such reinforcements as he addressed the assembled media more forcefully.

‘It has also come to my notice that none of you are taking notes at these press conferences using official IRB-sanctioned pens. In fact none of you are writing anything, just typing into those stupid laptops and iPhones!’

At this point Pissoire became so angry and animated that spittle was spraying from his mouth, as he delivered his final statement.

‘So all of you are fined $100,000,000 Euro each, banned from the tournament, and we will make a heap of those instruments of the Devil and burn them. Dismissed!’

As the World’s journalists turned to begin filing out of the room, laptops held out ready, Bernard Laprat, Mr. IRB Himself, burst into the room wearing an immense pair of shoes, yellow and red striped pantaloons, a revolving bow tie, big red nose and flappy red hair.

‘Hahahaha! It’s all a big fucking joke!’ he shouted.