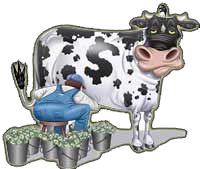 Australian rugby union CEO John O’Neill, fresh back from running the Mockaroos (The Australian soccer team to the uninitiated) has been hosing the media down with a stream of wetter than wet statements ever since.

In fact, the way things are going, Eddie Jones is going to be shit out of luck in his push to win his second ‘Gobby’ next year. By comparison, Eddie seems like a rather shy retiring type of bloke you have to coax words out of.

By the way, in English, that becomes “making more dough out of rugby” when translated from it’s native O’Nielese.

“Australia and New Zealand are exploring opportunities and a match in Hong Kong is one of them,” he confirmed.

Apparently the idea is to take our national rugby teams on tour, much like The Rolling Stones (except not as decrepit or drug-ravaged obviously), and get various quasi-interested foreign punters to front up with the dolleros to see them play in their back-yards.

It’s reminiscent of that genre of B movies that transplant a popular character from his normal environment into another in order to titillate (so they imagine), as in Sherlock Holmes Goes To Hollywood, or Godzilla Meets Andy Pandy In Rio, that kind of thing.

Of course O’Neil is an acknowledged expert in the Missionary Position viz: “If you want to spread the gospel into new territories, particularly Asia, then the All Blacks playing the Wallabies in Hong Kong is a great thing for world rugby,” he said.

Right. So having Australia vs. The All Blacks playing once every blue moon in Hong Kong is going to somehow make the XV-a-side game in that country take off is it? I wonder if O’Neil has ever been to Hong Kong. On a cool day you sweat so much that it’s like you’ve got an industrial irrigation system spraying the inside of your clothing. Even Sevens, with it’s 7-minute halves and no tight-forward play is a stretch. But that’s a side-issue really.

The bottom line is that there’s no way sporadic little events like this are going to have any impact on grass-roots development of a sport in a country. What’s needed to do that is serious investment at the grass-roots themselves (which is what the IRB is meant to be doing with the millions they make from World Cups), and then possibly events like those proposed can provide a little icing on the cake. By themselves they change nothing.

But O’Neil knows this.

Here’s another thing he apparently knows: “I am not prepared to talk about the financial aspects, other than to say that it would be rewarding” he said.

I think with this statement we are finally burrowing down to where the real nub of the motivation lies, like a dormant worm, waiting to squirm up through the layers of obfuscation and begin a breeding cycle.

We all know it’s about the money, so why trot out all the crappola? Call it what it is and let’s get on with it.

But get on with what though? This is where the likes of O’Neil and our own rugby leaders have to be very careful indeed in my view.

The odd one-off test, such as the one organised between England and the All Blacks last season are just fine. We get a good quality test match and both sides pocket a bit of much-needed extra dosh. No problem.

But like a see-saw you can, if you move too quickly, reach a tipping point and come crashing down on the other side.

The problem with doing stuff driven solely by money is that it has a tendency to make people lose sight of fundamentals, and become a self-serving driving force in its own right. As the amounts rise, so the danger increases of there being a crucial shift of focus towards ‘the enterprise’, away from ‘the rugby’.

There are some who think this is all well and good, and the way that the game should evolve.

O’Neil is on record as stating that he wants the ‘meaning’ of test matches between our nations to be retained.

That’s a laudable statement, and one I agree with, however it’s difficult to see how one-off tests played in various corners of the planet only for the money are ‘meaningful’ in themselves, or how the playing of them will increase or retain the meaning in other test matches being played.

Finally, let me leave you all with something Confuscius himself once said (or would have if he’d known how to mix metaphors properly):