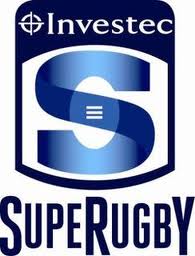 Highlanders v Bulls – So we have one team who had a close loss last week but previously had been in reasonable form versus a team who had a close win last week and have been super competitive all year – winning or losing, well all except the Blues at EP. And the Bulls have only ever won once in Dunners!! I think this is very winnable for the Bulls, those big forwards rumbling along are a force to be reckoned with and will test this relatively inexperienced Highlanders pack. If they can shut down the Smith and Smith duo?? And the Highlanders – well they need to play at pace, use A Smiths skills in this area and they will run the Bulls off their feet. Tend to think this is how the game will go. And lets hope the ref has a better game this week, especially at scrum time – how he can penalise Woody twice for angling in, and then the third time the exact same thing happenshe penalises the opposition T/H – what the?!?!?!
Highlanders 1- 12

Reds v Brumbies – Probably the match of the round. Of lateboth havebeen up and down in their form, and have suffered surprise losses. Like the Brumbies here, they got things back on track last week, played the percentages brilliantly in the shite conditions and showed they can adapt to suit the oppositions weaknesses. And the way they were able to shut down the dangerous Waratah backs a few weeks ago is pretty significant here I reckon. The Reds are stumbling along a bit this year – the Will and Quade show is not quite firing as well as in the past and the whole team is just lacking a bit in intensity. A few injuries not helping either.
Brumbies 1 – 12

Chiefs v Rebels – This is a real test of the Chiefs much lauded depth. 1st time long time without Crudes and then they also rest Messam! Interesting to say the least. And the Mighty Rebels have a bit more about them this season. On form the Chiefs should win this with some room to spare, but without Cruden to spark their attack and Messam to provide the calmness under pressure, they would not want to give up early leads like they have recently. The great improvement for the Rebels this year has been the ability to hold their intensity for much longer. This has resulted in better defence and longer passages whilst in possession. Will this be enough? I suspect not, but it could be closer than expected, might have a sneaky look at the $5 for a Rebels win!!
Chiefs 1 – 12

Force v Waratahs – On paper this should be a comfortable Waratahs win, but who could dismiss the Force after their last month of super form. The Force are just the team to get in the face of the Waratahs and keep their winning streak going. Matthewson and Ebersohn are doing a great job controlling the play and the loosies are on fire, with enough run from the outer backs to cause real problems for any opposition defence. The Waratahs are an improved side, but still have that cloud of uncertainty hanging over them. Foley will have been watching the Sharks and Brumbies v Waratahs games and seen that it is up front where they can still be got. Do the Force have the tight five to really apply the necessary pressure, perhaps not and so picking the Waratahs but not by much.
Waratahs 1 – 12

Cheetahs v Crusaders – The two teams who have disappointed most this season. And an interesting comparison with the Cheetahs by far the worst defensive outfit and the Crusaders with the 2nd worst attacking record. Should play into the Crusaders hands as they to look to get some confidence back and resurrect some kind of running game. And don’t know how happy I would be too be “rotated” out of the playing XV – don’t like it at all – either you are fit and the best in your position and thus should be selected or you aren’t!!
Crusaders 13+

Lions v Sharks – No easy beats, the Lions have been terrific at home, well until last weeks no show against the Crusaders. But you can guarantee they will fire up for this and push the Sharks all the way. The Sharks are coming off a bye, but should be too good here. They grind teams down with their big forwards bashing away and usually win quite comfortably on the back of this. Would expect a similar scenario here.
Sharks 13+