As regular visitors might discern, the Haka site has undergone a bit of a revamp, and not before time I hear you say! 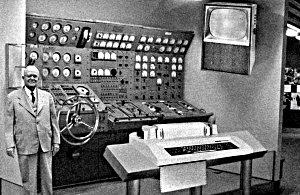 y’ behind it all is WordPress, the excellent Open Source blogging tool, and aside from a bunch of improvements all over the shop, this also allows you to respond to articles with your own comments, if you feel moved to do so.

Apart from the face-lift, basically the site remains the same in essence – an alternative to mainstream media rugby content.

Anyway we hope you enjoy the new look.

All the best from The Haka Team 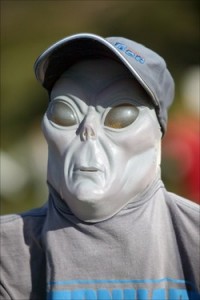 On the news tonight, we heard how Crowe thinks that the popularity of cricket is surfing a veritable Tsunami wave in this country, at the expense of rugby.

Apparently this ‘popularity’ has increased by 30% (whatever the fuck that means) whilst that of
rugby has decreased by the same amount.

Speaking to us from his home planet of Zod, in the Horses Arse Nebula, he further informed us that
all this is due to the rise of the IPL.

Well knock me down with a feather. It’s a good job we’ve got him there to let us in on these little tidbits of
information, because for the life of me I couldn’t detect any change myself in the usual attitude to our
losing Black Craps this summer, with tons of boringly shite cricket on offer punctuated with the
rare piece of good.

He’s got one thing right though. The news of various Black Caps and other players being auctioned
off to the IPL was a welcome and much more exciting respite from the actual cricket.

Methinks Crowe is being paid in rupees, and lots of ‘em.

And 20-20 is a game for morons – players who can’t play real cricket, and spectators who don’t
understand it. So obviously it will be very successful and a fantastic opportunity for a lot of our
players who wouldn’t know how to build an innings if it came in a flat-pack and they had step-by-step numbered instructions
written with big letters in crayon.­

It seems a prudent time to have a little brush up on the offside laws under the ELVs, as there has been quite a bit of comment and confusion in recent weeks. Offside is still a penalty offence under the ELVs, but there are a few new quirks to it.

Under the ELVs there is now an offside line at the tackle. This is a horizontal line that extends across the width of the field cutting rough the centre of the tackle. Once a line break has been made, all defending players are potentially offside should the last man on defence make the tackle. For retreating defenders to be on-side, they must retire behind that tackle offside line before attempting to make a tackle themselves. A pass does not automatically put retreating defenders back on-side as it did under the old laws. Now the player in possession must run 5 metre or kick the ball before those retiring defenders can be put back on-side and make the tackle.

This was illustrated beautifully in the Chiefs v Stormers game last weekend, when Chiefs’ winger Lelia Masaga tackled Schalk Burger just before the goal line. The Stormers had breached the Chiefs’ defence down the left wing leaving the cover defence chasing them. Because a tackle was made and the ball carrier was brought to the ground, an offside line immediately formed. This meant that for Masaga to complete a legitimate tackle on Burger he would have had to first get behind the offside line and then turn to face Burger. Instead he pulled off a magnificent cover tackle from behind Burger which brought the flanker down before he could score the try – but unfortunately under the ELVs Masaga was tackling from an offside position. Referee Matt Goddard correctly awarded a penalty try, because due to the proximity of Burger to the goal line there was no way Masaga would have been able to retire on-side and make the tackle before Burger would have scored.

However, keep in mind that for a tackle to occur the ball carrier must be held and brought to the ground. If he is not brought to the ground it is not a tackle, therefore there is no offside line. So if that player is still on their feet and pops the pass to a team mate – it is still general play and in that case a retiring defender is legally allowed to make the tackle. So had the ball carrier offloaded before the tackle was made and the pass had gone to Burger, Masaga would not have been offside in his cover tackle. Equally had Burger run 5m or kicked the ball after the tackled player popped the pass up, Masaga would have been deemed to be on-side again.

AT THE RUCK AND MAUL

No changes here. The offside line remains the hindmost foot of the hindmost player. The not-so-new concept that is being more closely adhered to is The Gate. This requires players joining the ruck to enter through a zone directly behind the hindmost player and no wider than the width of the players already bound in the ruck. Entering a ruck incorrectly, or ‘not through the gate’ is a penalty offence. Likewise, joining a maul from the side and not directly from behind is also deemed as joining from an offside position, and is penalisable.

The new offside line from a scrum is now 5 metres back for both the attacking and defending backlines. Halfbacks also have a new offside law to abide to, which is they must remain within 1 metre of the scrum until the scrum is over (which is when the ball is out). This means that halfbacks cannot peel away and start running before the No 8 has his hands on the ballas they will be deemed as being offside. Flankers must remain bound (with the full arm) to the scrum until the ball is out or they will be ruled as being offside, which is no change from the pre-ELV laws.

Both the receiver and defending hooker must be 2m from the lineout. No changes to the offside linefor players not involved in the lineout, they must still be 10m back from the Line of Touch (the imaginary line that runs down the centre of the lineout). They cannot move up from this offside line until the lineout is over – which is when the ball moves forward over that Line of Touch and a ruck or maul forms (so the offside line moves up to behind the hindmost foot), or the ball is thrown long beyond the 15m line, or the halfback passes it back.

See, it’s not really that hard to understand is it. So go forth and watch the games closely this weekend and see if you understand the offside line a little better now.

Q. When is a minute not a minute.
A. When there’s a “minutes silence” at a rugby game.

Of course, the TV companies would all clamour to point out my silly-billy error – they now call it “a moments silence” to stop them being sued in court or whatever. Wankers.

Sadly, there is no such thing as “a moments silence” in this context.

When respect for a tragedy is to be observed, it is “a minutes silence”, not some spin-doctor, marketing shithead’s concept for a quicker, more efficient way of paying respect “in keeping with the pace at which you live today”.

I’ve noticed this trend materialize out of thin air over the past few years. Initially the time was brought down to something like 45 seconds, then it was around 30. On saturday we had what seemed like about 20 seconds – enough time to just clear your thoughts and begin remembering the tragedy and thinking of the dead and their poor families, before Radio Dickhead on the PA bursts back into life with a kind of “well that’s about enough of that, thanks..” and on with the show. I know, maybe it was the shortest I can remember on Saturday because “only” 50-odd folks got killed. Hey, it wasn’t a sunami, was it? No, your sunamis, now they get the full 9 yards mate – for those we’re talking a massive 35 seconds. Nah, for 50 deaths we can only go 18-20 secs max I’m afraid. That’s it – it’s all pro-rata.

What I want desperately to know is WHO decided that we should start observing less than a whole 60 seconds for our minutes silences, and what the fuck they thought they were doing, and why they imagined that they had the mandate to take such a decision.

After that I want to know WHY they thought it was best to truncate them. What – do they think the stupid ol’ public couldn’t hack being quiet for that long? Did they worry that we’d get bored and soil our rep by calling out rude jokes, or starting a mexican wave? Or is it that the TV and Advertising Lobby just couldn’t bear so much dead time?

I’ve no idea who decided this was The Thing To Do, or why. All I want is for a minutes silence to last fucking 60 seconds.

It seems the very least thing we can do, given the tragedy back in London, and for any future such sad occasion.

Tracey and I had to laugh when $ky wheeled out an extra statistic in their breakdown stats earlier this season – “First Two To The Breakdown”.

As you can see from this original article, Tracey Nelson started doing this years ago as a measure of how hard our respective players were working at protecting posession, and contesting it on defence. In fact at that time, it enlightened us all on what a certain Rueben Thorne was doing when most wrongly thought he was Mr. Invisible!

As with a lot of things which get appropriated as someone else’s idea, small changes get made to convince everyone that this is so. In $ky’s case, they’ve changed Tracey’s original “First Three to the Breakdown” into “First Two to the Breakdown”. However, as has been pointed out, you really do require the first three, not the first two, since the player arriving first usually forms the ruck or grapples an opposing player, and so the next two who get there are the important ones for gaining or retaining posession – one player on their own is normally not going to do anything useful.

So $ky ought to get in contact with the originator of this statistic to discuss in detail with her how these numbers should be derived, and what they mean. After three years of doing them, there’s a lot of knowledge there waiting to be used, and let’s face it a bit of recognition for starting it would be nice as well.