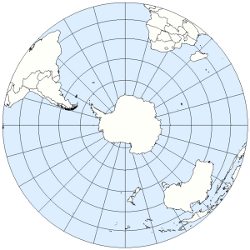 The Sunday quarter-finals bill was headlined as ‘The Clash of the Titans’ starring Australia vs. South Africa, featuring supporting act ‘The 4N Audition’, starring Argentina vs. New Zealand.

A classic sunny Spring afternoon in brilliant sunshine and a full house of noisy fans greeted South Africa as they ran on to the Caketin field to defend their World title against Australia.

What ensued was nothing short of seige warfare, for the most part, but it was begun by Australia at a pace that South Africa couldn’t initially adjust to, and this opened up a 5-0 lead when Horwill crashed over from a ruck in the 12th minute.

From the kickoff Australia looked, as is so often the case with them, as if they had been playing the game for 10 minutes already, they hit the ground running so hard. The South Africans were bamboozled on defence, and bested at the ruck on attack. Genia was buzzing about like an angry bluebottle, and they were finding holes to run through everywhere.

A minute later yet another clean break saw Beale through and the Springboks only managed to stifle it 5m out from their line, and in the end a ruck penalty out in front of the sticks gave Australia an 8-0 lead at the 15 minute mark.

There was only one team out there which looked as if it was playing to a well-drilled gameplan, and that was Australia. South Africa were simply defending like daemons, and on attack just making stuff up as they went along. They were rattled, and looked vulnerable every time Australia ran the ball at them, but held on regardless.

After the half-hour mark the Boks had regrouped somewhat and were managing to hold onto the ball and mount some pressure on the Wallaby line. Towards half-time one of these forays resulted in a penalty, and the teams retired to the sheds with Australia leading 8-3.

The second half saw a reborn South African team. They tore into the rucks and the Aussie defence with redoubled force, hung onto the ball well and mounted wave after wave of attack. By the end of the game the stats showed Australia made 150 tackles, more or less three times the Boks total.

By inches the pressure told, and it started in the 53rd minute with a Steyne penalty for offside at a maul, to make it 8-6.

Pressure on the Australian halves also had first five-eighth Quade Cooper back to his blooper best. He had kicks charged, fluffed clearances, and was generally a liability for the men in Green and Gold.

In the 60th minute the Boks showed how useful a classy No.10 who isn’t panicking is when Morne Steyne slotted a nice drop-goal to put South Africa in the lead for the first time by 9-8.

By this stage South Africa literally owned the ball. Australia were simply defending and hoping for the best. South Africa ran in a try but it was (rightly) disallowed for a forward pass, Lambie narrowly shaded a drop-goal, and all-in-all the Springboks looked the most likely winners of the tie.

In the end it was a penalty which swung the game back in Australia’s favour when Roussouw was judged to have tipped Samo up at a lineout near the Bok 10m line. O’Connor showed nerves of stell to slot the penalty kick making it 11-9 with 10 minutes left on the clock.

History will show that the Boks came close, but by this time they were as tired as the Wallabies, and creating plays when tired is sometimes more difficult than just reacting in defence.

Either side could have won this, but for my money South Africa deserved it more than Australia due to playing most of the attacking rugby. The Wallabies dodged yet another Rugby World CUp bullet, as is their habit.

The second quarter-final up at Eden Park was expected to be another convincing win for New Zealand over Argentina, but the reality was far different. To be fair, although a win was expected from All Blacks fans, the other main interest was in how Colin Slade would fare as replacement No.10 to Dan Carter, and how the team looks in general, coming to the sharp end of the tournament.

New Zealand started hard and fast, hitting rucks and tackles trying to blow Argentina away in the opening minutes by shear force and speed. But the Argentines were up to the task, rebutting the forays with staunch defence and clever return kicks, sending the New Zealanders back into their own half each time. After 5 minutes you could see from the All Blacks’ faces and body language that they realised they were up against a foe which wasn’t about to be gobbled up as easy-meat, and would have to work for their win.

After 11 minutes Argentina were whistled up for man in front of the kicker, and who should step up for the kicking duty but none other than Piri Weepu, to make it 3-0. In fact Weepu took the restarts, put the ball into touch from penalties, took the place-kicks, and generally performed all the duties of both a halfback and first-five, leaving Slade to shovel the ball on to the outside backs, and make the odd tactical kick.

Sadly Slade still didn’t look at all happy. He behaved as if the weight of the World was on his shoulders, and gave a good imitation of ‘choking’.

He dropped passes cold, made some silly tactical kicks straight to the opposition, and his passing was lack-lustre, slow, pass-it-on stuff. Hardly a viable replacement for Dan Carter.

So when he took a knock in the 17th minute, and was then eventually replaced by Cruden in the 32nd, quite a few fans could be forgiven for silently offering up a prayer of thanks. I was one of them.

In the 18th minute a nice move down the left touchline saw Read in the corner but the try was disallowed due to a foot grazing the chalk briefly before the grounding.

In the meantime the Argentine defence, for all it’s staunchness, was largely founded on ruck, scrum and other infringements to slow the All Blacks ball down to a crawl, and in the 24th minute Piri Weepu knocked over another penalty to make it 6-0.

Then, at the half-hour mark, and somewhat against the run of play a defensive error from Kieran Read saw the Argentine No.8 take a gap off the back of a scrum at halfway, to storm upfield and create a try for No.6 Cabello which was converted by Contemponi to make it 7-6 to Argentina.

With Cruden replacing Slade Weepu still took the goal-kicks and nailed penalties in the 35th and 38th minutes to bring New Zealand to 12-7 at the half-time break.

The second half saw more of the same hard-fought play, but the opening penalty went to Argentina for a ruck infringement making it 12-10 in the 47th minute. Another brace of Weepu penalties took it to 18-10 by the 58th minute and referee Owens also sent an Argentine forward to the sin-bin for his activities defending his line as the All Blacks mounted pressure right on it. McCaw then had a try attempt disallowed by the TMO.

In the 68th minute New Zealand finally got the try they had been searching for and it was Read finishing off in winger’s style down the left again after he received a lovely miss-out pass from Kaino. The move was initially started by a great burst from Ma’a Nonu up the middle. Weepu missed the conversion from out wide, but at 23-10 the match seemed safe.

Three minutes later Weepu made his last kick of the game before being subbed for Cowan, putting another penalty through the sticks bringing it to 26-10.

Finally just before time, a lovely piece of work from Jane on the right wing saw him keep the ball in when everyone though he’d stepped into touch, and then Brad Thorne surged the last 8m to score. Cruden added the extras to make the final score 33-10.

This was a hard-fought but well-deserved victory to the Men in Black. For their part Argentina acquiited themselves well, showing that well-known resolve in defence, and flashes of that famous South American flair in the form of individual skills with the ball in hand. They should be a great addition to the Tri-Nations next year.

For New Zealand the problems still remain for the No.10 jersey. Given the form issues Slade is obviously having, Cruden simply must start against Australia next week, with Weepu the backup option. But the backline is still bound to be disjointed without Carter, and therefore less able to break deadlocks against a determined defence – a fact all too well revealed in this test.

Put baldly, looking at the relative performances this weekend, Australia must go into next week’s semi-final as favourites, since they have a settled team which is hitting peak form just at the right time. The All Blacks, by contrast, are still trying to adjust for the loss of Carter, and so far it isn’t going well.