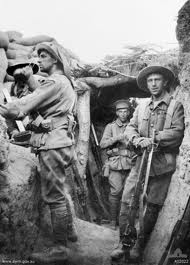 With Dan Carter out of the tournament the All Blacks’ chances now rely on the forwards fronting up in three consecutive World Cup test matches to provide their stand-in No.10 with a winning platform.

To be blunt, Colin Slade isn’t even half the first five-eighth that Dan Carter is. The All Black coaches acknowledge this with statements such as “we may have to simplify the attacking menu” for him. Andrew Hore also showed some of the same kind of thinking in the after-match interview after the final pool game vs. Canada when he told us that it was now up to the forwards to front up and give the No.10 the support he needs.

The old saying that it’s the forwards that determine the result and the backs by how much, has never rung truer for New Zealand than right now in this World Cup.

It’s going to be hard yakka from here on in, starting with a gritty Argentina, adept at muscling up in the bruising close quarter contact situations. The All Blacks need to treat the remainder of the World Cup as a series of battles in a war. The forwards have to fight the enemy to a standstill, and then dominate them, completely. There are no magical game-breaking options at No.10 anymore, and none of the subtle tactical kicking that Carter provided so effortlessly either.

Looking at the test match against Canada, and taking into account the second-tier nature of that opposition, Slade is evidently still short on form. His distribution to the backs was laboured, and his goal-kicking is still too patchy. Graham Henry admitted as much when he told us “he needs more rugby”.

Star-in the-making Aaron Cruden has been brought into the squad as the bench cover, and may get some game time to aid bringing him up to speed in this quarter-final, depending on how it goes, but it is a big learning curve to step into the All Blacks in the knock-out stages, when you haven’t even been involved with the squad for the Tri-Nations. That said Cruden is gifted enough to be a potential magic bullet for the team, albeit from a long-shot.

Piri Weepu also got some time against Canada at No.10, and his goal-kicking is better, however starting him there smacks of the same out-of-position selections which have bitten the All Blacks in the arse in several World Cups previously. Hopefully Henry & Co. will NOT go down that same road again.

Aside from the Carter-replacement issue, the All Blacks also looked disjointed in this test. A lot of that was the unfamiliarity evident in the Cowan-Slade-Sonny Bill Williams back-line. The ball was moved in the awkward, stilted manner you always see with backs which haven’t played much together in a test environment.

In the forwards Ali Williams also continues to underwhelm. His fumbles of the ball and general lack of work-rate around the field have us wondering what Boric needs to do to get more game-time than a quick cameo off the bench in the dying minutes.

The test also saw Mils Muliaina at fullback, where he did nothing more than show us he is a class act, but a fading one. But given the ‘brittleness’ of Israel Dagg it’s great to know he is there in squad ready if needed, and we wouldn’t bet against him getting his 100th test cap in this tournament.

On the left wing Zac Guildford had a blinder, redeeming himself and show-casing his speed and ability to finish. That said, he was allowed a great amount of space by Canada, space which won’t ever be available in the tight tests coming up.

The first choice back-three from now on still has to be Jane, Kahui and Dagg, fitness allowing.

In the forwards, we had Victor Vito at openside, and he played extremely well against a modest opposition. His ball-carries were excellent, and defence solid. Kaino made a much better fill-in at No.8 than Richie McCaw did recently and capped it with a push-over try from a 5m scrum, something hardly ever seen these days with scrum resets always pushed back to the 5m mark. Aside from that Kaino remains in awesome form both carrying the ball and on defence.

Perhaps the most satisfying performance was Keiran Read’s return from serious ankle injury. He played 60 minutes with no problems, which will give him the confidence needed for the knock-outs.

The All Blacks chances of winning this Rugby World Cup have undoubtedly taken a huge blow with Dan Carter being ruled out of the tournament.

But if they refocus, strip their game back a little to the basics revolving around forward dominance, and provide Slade with a solid platform then they are still able to beat any team in the World.

Give it everything boys.