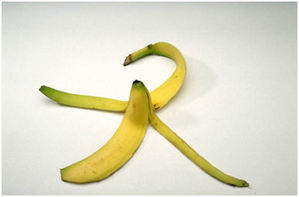 It’s often interesting when watching a game of rugby at the fuss that occurs when a referee signals advantage – or rather, at what point he decides advantage is over. The point of playing advantage is “to make play more continuous with fewer stoppages for infringements”. However, what constitutes an infringement plays a large part in how a referee will manage advantage.

To start with, let’s look at the laws around Advantage. Law 8.1 (Advantage In Practice) states:

The addendum to this is Law 8.1 (When Advantage Doesn’t Arise):

Advantage must be clear and real. A mere opportunity to gain advantage is no enough. If the non-offending team does no gain an advantage, the referee blows the whistle and brings play back to the place of infringement.

The best way to get it clear in your mind how advantage should be applied is to think of what the outcome would be from the infringement if the non-offending team had no chance of playing the ball. For example, if Team A knocked the ball on but it went directly into touch, the result would be a scrum feed to Team B on the mark where the ball was knocked on. Now change that to the event of Team B gaining possession directly from the knock on – the referee then has to think “does this side now have possession equivalent to what they would have got from a scrum feed”.

So in other words, if Team B get clean possession and can clear the ball and start attacking in open space, they have gained advantage. Which is why you’ll often hear the referee calling “advantage over” quite soon after possession from a knock on is gained. It’s not a so-called short advantage, it’s a clear and real advantage (i.e. as per Law 8.1(d)). Should the non-offending team then decide to kick the ball and it goes directly into touch, it’s just tough luck. Play doesn’t come back to where the initial knock on took place because they had their chance to play the ball and had clear advantage.

A longer advantage is played when there isn’t open space for attack, and the referee is waiting either for some territorial gain in ground or the space to open for the non-offending team to be able to play the ball. If, in the referee’s mind, neither of these outcomes has occurred then the whistle is blown and play comes back to restart from the mark where the infringement occurred.

However, things a little bit different when it comes to penalty infringements, and particularly when the infringement occurs within kicking distance. Again, think of what would happen if the non-offending team had no chance to play the ball. A penalty would be awarded and in all likelihood the non-offending team would either kick for goal or kick the ball into touch for a lineout (and subsequent gain in territory) where they get the throw in.

With that in mind, apply that to the example of say an incorrect ruck entry or a collapsing of a maul. If the non-offending team still have possession and the referee calls advantage, the advantage will generally be played until the non-offending team have gained territory equivalent to where they may have kicked the ball into touch for a lineout from a penalty, or they have managed to get a very clear and real advantage over the gain line on attack such that they are in a position to score – at which point advantage is usually called over.

Depending on the type of infringement (non-penalty versus penalty) the advantage applied will differ. The difference is related to what the decision would be if play could not continue – either a simple restart in play, or the awarding of a penalty. A restart in play gives possession to the non-offending team at the point where the infringement occurred, whereas a penalty allows for either a gain in ground plus the chance to retain possession, or the opportunity to kick three points.